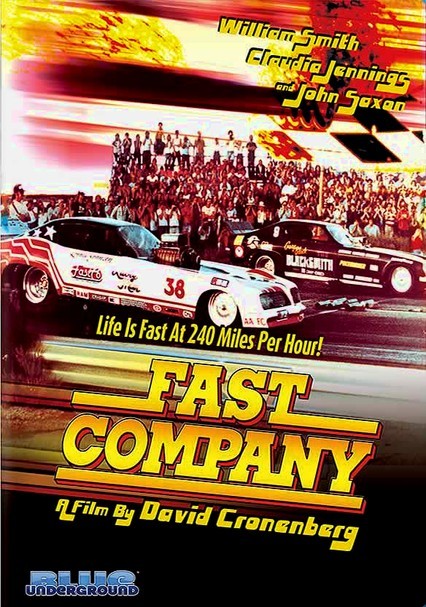 1979 R 1h 31m Blu-ray / DVD
Horrormeister David Cronenberg deviates from his usual genre with this searing portrait of the competitive race-car circuit. Lonnie "Lucky Man" Johnson (William Smith) is aware that his sponsor, Fast Company Motor Oil, wants to fire him in favor of a younger front man. Johnson has his hands full dealing with a noxious company representative (John Saxon) and placating his girlfriend (Claudia Jennings) -- all while trying to win a few races.