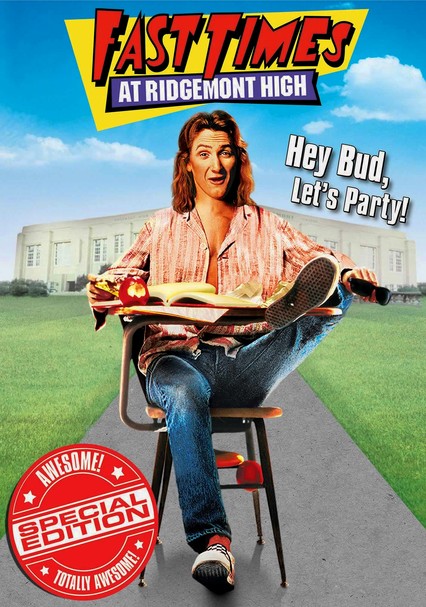 1982 R 1h 30m Blu-ray / DVD
Writer Cameron Crowe's coming-of-age classic follows the ups and downs of a group of high school students over the course of a year in 1980s California. The cast includes Sean Penn as a stoner surfer and Jennifer Jason Leigh as a virginal freshman.

Parents need to know that this film explores several issues involved with being a teenager. Sex is a major topic of the film. There are several scenes of semi-nudity (topless girls) and frank discussions between characters about sex. Featured in the film is a fifteen-year-old girl becoming pregnant and having an abortion, simulated oral sex using produce, and a male character masturbating. The film treats the topic of sex seriously, though, and does not glorify or advocate casual sex. There is also a significant amount of drug use, as one of the main characters attends class frequently under the influence of marijuana, and smokes it on-screen, however, with consequences. There is some strong language.

A locker room scuffle is quickly defused. A pot of hot coffee is thrown at a would-be convenience store robber.

A character fails to help a girl he impregnated. Friends clash.