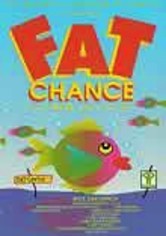 1994 NR 1h 12m DVD
Rick Zakowich is an imaginative therapist who moonlights as an intriguing blues singer. Talented and magnetic, Rick also weighs 400 pounds, and while he's chock-full of energy and charisma, he's almost always affixed with only one label: fat guy. This documentary is a detailed diary of Rick's life that begins as he set out on his quest to lose 220 pounds -- a feat that proves more difficult than he'd originally planned.