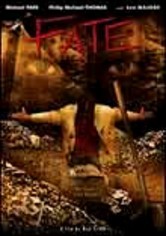 2003 NR 1h 34m DVD
Two hard-working detectives (Lee Majors and Philip Michael Thomas) are trailing a serial killer who, after slaughtering his victims, uses the bodies as real-life puppets in a lurid tale that he's trying to tell. (Talk about gaining a captive audience!) Can the gumshoes get to the madman before more victims become marionettes in his bizarre and gruesome theatrical? Michael Pare co-stars in this taut thriller.