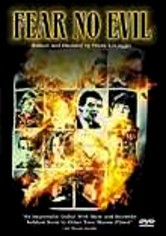 1981 R 1h 39m DVD
Shy, introverted high school student Andrew has always been teased by classmates. When he finally realizes his feelings of alienation stem from the fact that he's the Antichrist, his true identity and powers begin to surface, and he plots horrific revenge. Two archangels -- in the form of Andrew's elderly next-door neighbor and a fellow student -- prepare to confront him … and soon the two forces are engaged in a climactic battle for superiority.