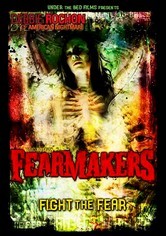 2008 NR 1h 25m DVD
Sarah (Debbie Rochon) travels to the German countryside to investigate her sister's disappearance, where she discovers evidence that her sister was murdered. And more alarming, the supernatural forces responsible may now be coming after Sarah. Director Timo Rose also plays a paranormal researcher in this gore fest, which co-stars André Reissig, Thomas Kercmar, Andreas Pape and and Joe Davidson.