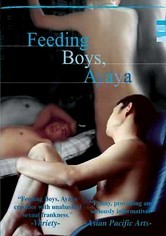 2003 NR 1h 20m DVD
Director Zi'en Cui's drama provides a stark look at male prostitution in China. The film centers on Dabin, a Christian evangelist determined to reform every hustler on the streets, especially his little brother, Xiao, who runs off after an argument with Dabin. While searching for his brother, Dabin tries to convert many young hustlers, but he also gains a broader understanding of why so many boys resort to prostitution. Ge Jia and Jian Hu star.