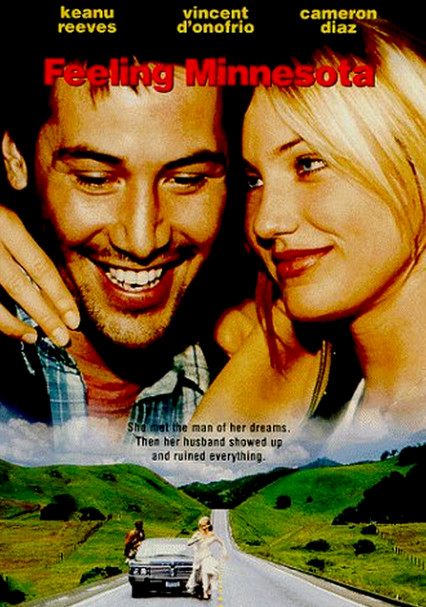 1996 R 1h 39m DVD
Steven Baigelman makes his directing debut with this offbeat lovers-on-the-run yarn set in the rural Midwest. Drifter Jjaks Clayton (Keanu Reeves) returns home for the wedding of his brother Sam (Vincent D'Onofrio) to a woman (Cameron Diaz), who's marrying him to pay off her debt to a gangster (Delroy Lindo). When Jjaks and the bride-to-be escape the nuptials together, Sam plans his revenge. Tuesday Weld appears as the boys' mother.