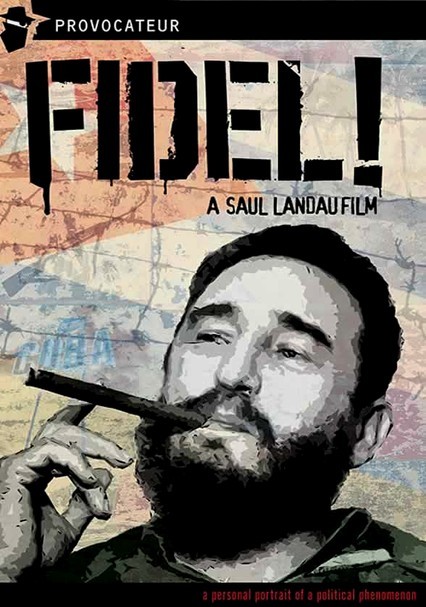 2009 NR 1h 35m DVD
Ten years after the revolution, Cuban Prime Minister Fidel Castro is captured in intimate detail as he travels the countryside with a film crew led by filmmaker Saul Landau. The leader's famed charisma is front and center as he listens to workers' complaints at a farm collective, plays baseball with locals and reflects on the Marxist revolution. Other highlights include footage of the Bay of Pigs invasion and interviews with political prisoners.