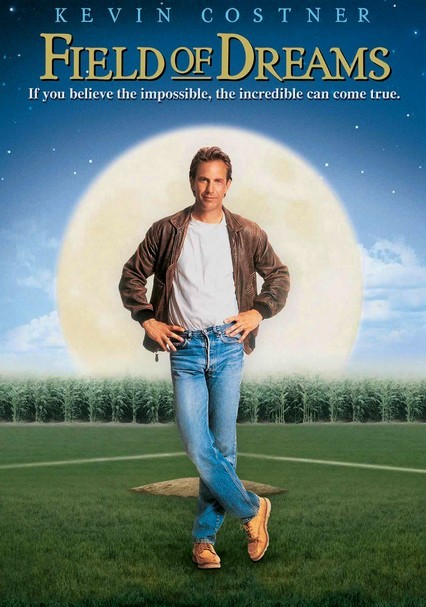 1989 PG 1h 47m Blu-ray / DVD
Kevin Costner stars as an Iowa farmer who hears a mysterious voice telling him to turn his cornfield into a baseball diamond. He does, but the voice's directions don't stop -- even after the spirits of deceased ballplayers turn up to play. James Earl Jones and Burt Lancaster co-star as a reclusive writer and a young slugger turned doctor, respectively, with Ray Liotta turning in a pivotal performance as "Shoeless" Joe Jackson.

Parents need to know that this story about following your dreams and reconciling relationships could appeal to young teens, older teens, and adults, especially families who like baseball. Some positive messages about tolerance and believing in yourself go along with a bit of strong language ("s--t" and "son of a bitch"). There are a couple references to past drug use, as well as a couple tense scenes.

Main character hears ghostly voices and sees things that other people cannot see. Terry threatens to beat Ray if he does not leave Terry's house. A child falls from the top of a bandstand and is knocked unconscious. She recovers without any injury. No fighting, no blood.

This is a story about following your dreams, even if everyone thinks you're crazy. Reconnect with loved ones any way you can.

Signs that advertise Coca-Cola, Polaroid, Michelin, and Citgo. Some Coca-Cola products are used.

Ray talks about how he "smoked some grass" during the '60s in college. When his wife suggests he is having an acid flashback, Ray responds: "But I never took acid." Men drink beer at a baseball game