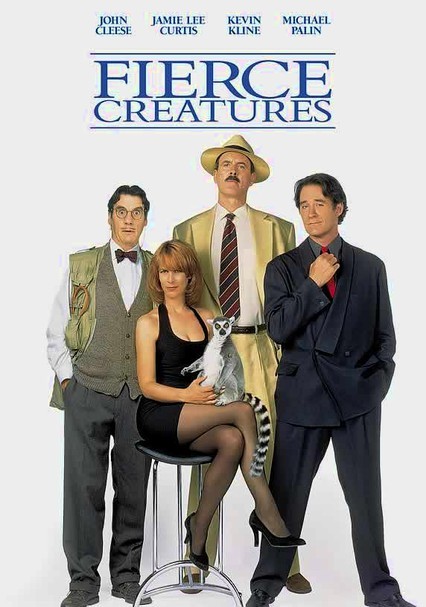 1997 PG-13 1h 34m DVD
In this farce which reunites the stars of A Fish Called Wanda, failing zoo owner McCain brings in new manager Rollo, who wreaks havoc by implementing a "fierce creatures only" policy to increase profits. Zookeeper Bugsy tries to save all the timid animals, while McCain's son Vince does shady deals on the side and executive Willa must decide whose side she's on.

Parents need to know that this farce with a likeable cast -- all the same folks behind the popular heist comedy A Fish Called Wanda -- really digs into the sexual innuendo with a long-running joke about the main character's supposed wild sex life. Characters get undressed down to underwear and another gets sexually harassed by the boss' son. Violence is pretty mild, but includes gunshots and one unlikeable character dead. The zoo is plastered with sponsorship banners in a few scenes as a nice send-up of corporate greed run amok. Lots of language, including one "f--k."

The audience and a horrified zoo staff are led to believe that five animals are shot by Rollo and then buried. One man is shot by accident and killed, and a number of characters (including a lemur) brandish guns either to falsely subdue animals or threaten others. Zoo staff fakes injuries from animals and Rollo tastes blood of one real injury to claim it's a fake. Plus an accidental stab wound in the leg.

Viewers get much food for thought on corporate greed and the pressure of being profitable at all costs.

Plenty on display in a few scenes, but all as part of a joke about sponsorships.

Drinking of beer and champagne in a few scenes.