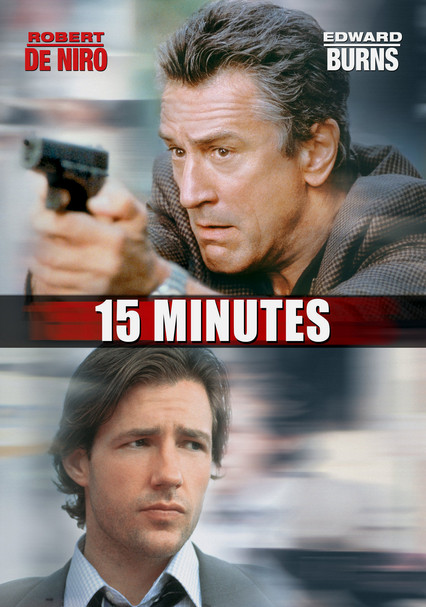 2001 R 2h 1m DVD
Everyone wants his or her 15 minutes of fame -- even criminals on a rampage. In this stinging indictment of the media age, Robert De Niro plays Eddie Fleming, a legendary Manhattan detective who teams with a naïve arson investigator (Edward Burns) to nab two Eastern European crooks. The wrinkle: The perps videotape their crime spree and offer the tapes to the highest bidder!

Parents need to know that the movie is exceptionally violent, with graphic murders, including the death of a character we care about. Interestingly, the most upsetting crime is broadcast to a television audience but not shown on-screen. The movie has strong language and sexual references, including prostitution. Characters drink, smoke, and steal.

Thieves and murderers seek notoriety for their crimes.

A lot of drinking and smoking