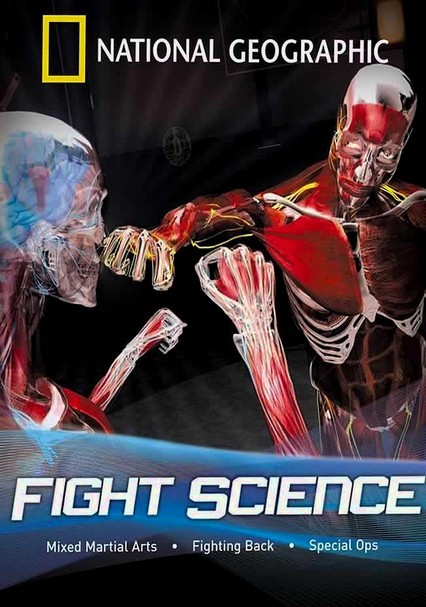 Parents need to know that this science-based series offers an intriguing look at the inner workings of the human body under extreme strain -- including fighting specialties like special operations, self-defense, and mixed martial arts. It's interesting and educational, but it isn't really age-appropriate for young kids and impressionable tweens, who may be able to not distinguish between fighting and weapon use within the confines of a controlled testing environment and in real-life.

As its name suggests, the series focuses on various forms of fighting, so each episode is filled with scenes of hitting, kicking, weapons, and gun use. While most of the content takes place in a controlled environment as part of scientific study (a man shoots paint-filled ammunition at a human target to test his accuracy, for instance), there are also scenes of actual wartime combat and fighting. Plus, most of the experiments are potentially dangerous, so health personnel are always on hand for emergencies.

Scientists discuss the physiology of the human body and explore how outside forces (heat, cold, exhaustion, dehydration, etc.) affect it. Viewers learn how ultimate fighters push themselves beyond their limits to perform under physical and mental strain. Computer-generated imagery gives viewers a close view of the body's inner processes during training and experiments.