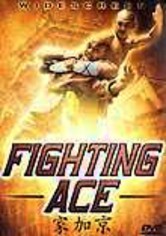 1979 NR 1h 27m DVD
Two decades after the untimely death of his parents at the hands of a murderer, a man (John Liu) well-versed in the martial arts sets out to avenge their deaths through the fine art of obfuscation (that is, pretending he doesn't know squat about kung fu). But when his cover is blown, his parents' killer pledges to murder Liu … and all his friends! Hiyaahh!