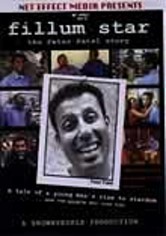 2004 NR 1h 16m DVD
Struggling actor Peter Patel (Rizwan Manji) gets his big break when he's cast alongside Tom Cruise in this riotous mockumentary. Peter's meteoric rise to fame turns him into a community hero, and before long, everyone wants to know more about India's hottest up-and-comer. Filmed during the 48 hours before Peter's movie premiere, this irreverent look at the cult of celebrity captures the actor as he tries to get a grip on sudden stardom.