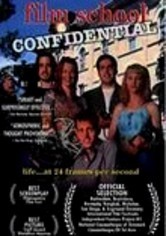 2002 NR 1h 22m DVD
Five would-be auteurs struggle to express their vision and endure the fierce competition of film school. As the filmmakers work on their projects -- an art film, a music video, a mainstream short -- one student speaks her truth in a simple, compelling video that causes the others to reevaluate the power of the medium. Stephanie Paul, Christi Kelsey and Ethan Aronoff star in this smart drama directed by Douglas Underdahl.