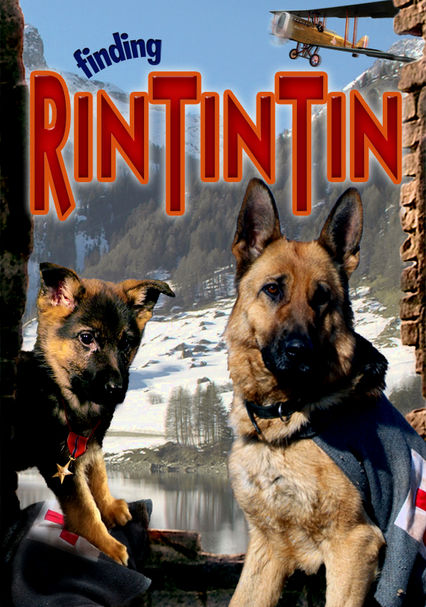 2007 PG 1h 30m DVD
After rescuing a litter of German shepherd puppies from the rubble of a bombed-out kennel in France, American serviceman Lee Duncan (Tyler Jensen) dubs one of them Rin Tin Tin and finds a friend for life. Thanks to a winning personality and amazing animal smarts, the pup goes on to become one of the most recognizable dogs in the moving pictures. Danny Lerner directs this inspiring story of friendship and loyalty based on actual events.

Parents need to know that this live action movie, about the exploits of a hero dog during World War I, contains numerous cartoon-style action sequences in which characters fall, slip, crash into things, and are hit by tumbling objects. Despite the level of mayhem, no one is ever hurt. There are some suspenseful moments: walking through wreckage in a bombed out city, a baby carriage trapped in a burning building, an avalanche bearing down on a town, and a brief air battle which results in the human hero being shot, but not severely injured. One mean character often threatens and verbally assaults a young child ("cockroach," "good-for-nothing"). He's also responsible for capturing, caging, and trying to sell the boy. There's lots of potty humor: dog farts, human farts, and Rin Tin Tin is shown pooping on a human toilet. The movie contains some drinking and drunkenness, including one scene in which Rin Tin Tin accidentally becomes inebriated.

There are multiple cartoonish action sequences: an army cook chases dog and boy brandishing a rolling pin; the dog chases a robber through a crowded marketplace, upending food carts and people; "Rinty" spills oil on the kitchen floor so the cook falls repeatedly; there's a silly pig stampede. More seriously, a young child is captured by crooks who hope to sell him; the dog-hero rescues a baby carriage from a burning building. There's one brief air battle during which the hero's plane is hit and he is injured. An avalanche buries the French village, but once again, Rin Tin Tin comes to the rescue.

No swearing, but the army cook showers a young boy with insults throughout: "cockroach," "lazy boy," "worm," "good-for-nothing." Lots of potty humor: farting on several occasions; Rin Tin Tin acts human as he poops in a toilet. The dog purposefully pees into the cook's drink and we watch the cook drink it and react.

There are a number of clearly stated messages. Rin Tin Tin enables an American soldier during World War I to bond with a German prisoner of war, emphasizing the commonality of man through concern for animals. Training animals should be done with love and affection, not punishment. And finally, played throughout: "When you have a good heart, you'll have good luck."