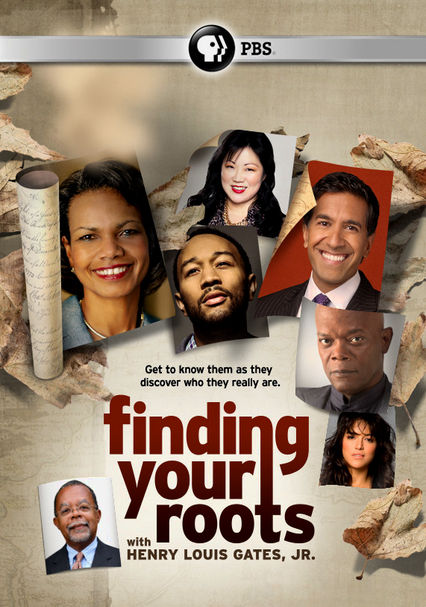 2012 NR 1 season
In each episode of this documentary series, professor Henry Louis Gates Jr. takes two or three well-known figures on a journey to learn about their family histories -- often uncovering surprising links between his guests.

Continuing on the quests begun in his previous projects, "African American Lives" and "Faces of America," Harvard professor Henry Louis Gates Jr. finds new ways to delve into the DNA of American culture to discover who we are and where we come from.

Parents need to know that this informative documentary series makes frequent reference to slavery and and other violent historical events and interpersonal relationships. Finding Your Roots is relatively mild, but contains some iffy language ("ass," "piss"; occasional curses bleeped). Kids probably won't be rushing to see it, but folks interested in history or tracing their own family trees will find what is discussed here both exciting and inspiring.

Violent images of slavery and video footage of events like the Selma to Montgomery march are visible. Some historical documents reveal details about violent relationships; others suggest that violent incidents occurred. Some life stories speculate about violent sexual encounters between African-American women and Caucasian men. These discussions are offered in a historical context.

The series underscores the significance of knowing one's family history, including its relationship to African-American history. It highlights the importance of paying homage to those who made our current lives possible. It also notes that people are not responsible for the acts of their ancestors.