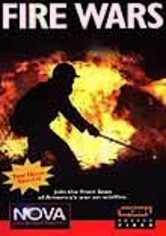 2002 NR 2h 0m DVD
In 2000, one of the most destructive fire seasons ever, uncontrollable blazes raged across the American West, scorching more than 6 million acres. Among those battling the flames were the Arrowhead Hotshots, an elite firefighting crew whose skill and bravery helped stamp out the inferno. This program joins the team for an up-close look at the war on wildfires and examines the fire suppression policies that may lead to such costly catastrophes.