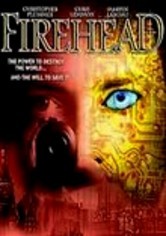 1991 R 1h 24m DVD
When scientist Warren Hart (Chris Lemmon) is charged with the task of capturing a Russian demolitions expert (Brett Porter) with telekinetic powers, he's keen to carry out the mission -- until he learns the Russian is trying to thwart U.S. officials doubling as arms makers. Soon, Hart's allegiance shifts, and he begins working with the Russian to save America from a militaristic cabal. Christopher Plummer and Martin Landau co-star.