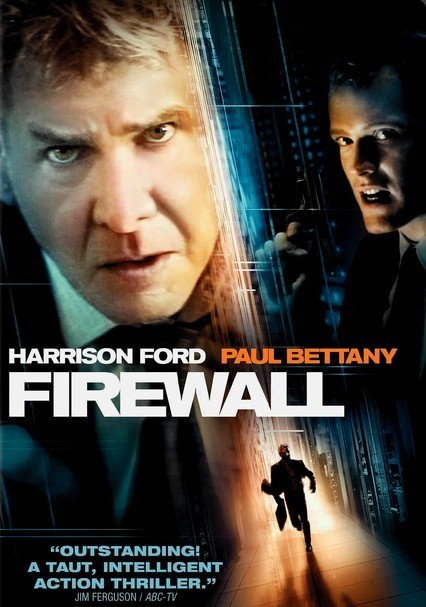 2006 PG-13 1h 44m Blu-ray / DVD
State-of-the-art security system creator Jack Stanfield has cemented his reputation as a man who's thought of everything. But when a criminal finds a way into Jack's personal life, everything Jack holds dear is suddenly at stake.

Parents need to know that this film considers fears of surveillance, with characters showing both anxiety and ingenuity trying to avoid it. It includes multiple tense scenes, as well as violent scenes, both abrupt (as when the villains burst into the family's home and again when the chief villain whomps Jack across the face) and sustained (a prolonged, bruising, bloody fight scene at the end). References are made to online gambling and identity theft. The family's escape attempt appears in fast cuts and jarring images; a child who is allergic to nuts suffers an alarming, nearly fatal reaction. Villains brandish guns, and three men are shot on screen, upsetting other characters who observe. Characters use mild language and a villain's dumping of the family dog leads to the mom's and kids' tears.

Villains threaten family, including wife and 14-year-old girl, forcing wife to pretend to have an affair with her husband's friend.

Villains are greedy and aggressive; hero must use deadly violence to save his family.