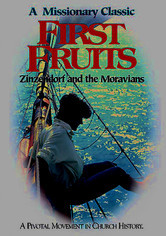 1982 NR 1h 10m DVD
Winner of the Christian Film Distribution Association's "Best Film of the Year" award, this historical drama tells the story of two young Moravian missionaries who dedicated themselves to bringing the Gospel to West Indian slaves. After fleeing their homeland in the 1700s, the men are taken in by the German Count Nikolaus von Zinzendorf, who guides them into missionary work. The brave men endure major hardships, yet stand firm in their calling.