First Time Is the Last Time 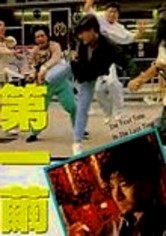 First Time Is the Last Time

1988 NR 1h 32m DVD
It's Chained Heat Hong Kong style in this hard-boiled women-behind-bars flick directed by Raymond Leung When Yuk Fung (Season Ma) lands in jail for a drug rap, fellow inmate Winnie Wong (Carrie Ng) takes her under her wing. Only problem is, Yuk has been tagged to kill her. Now, it's Yuk and Winnie vs. the Triad gangsters in this thriller that was nominated for several Hong Kong Film Awards.