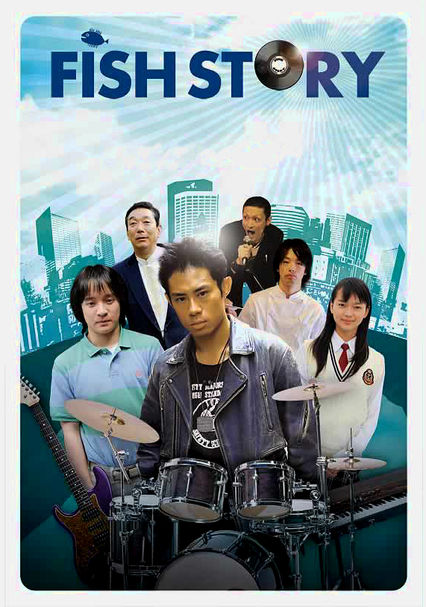 2009 NR 1h 52m DVD
Japanese punk progenitor Gekirin was so far ahead of its time that its first single, "Fish Story," predated the Sex Pistols' debut -- and sunk from sight as fast as the band itself. Thirty-seven years later, that song would save the world. Shifting from the near future (2012) to the pre-punk past (1975) and visiting a number of eras in between, the film illuminates the world-saving song's origins and the crazy chain of events it initiates.