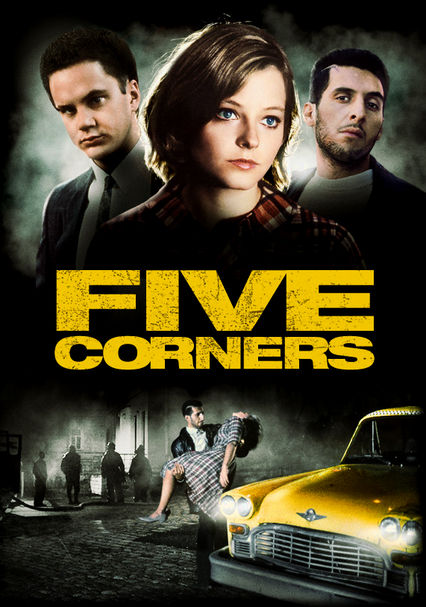 1987 R 1h 32m DVD
This award-winning film centers on the lives of the inhabitants of the Five Corners section of the Bronx in 1964. Jodie Foster stars as Linda, a young woman who turns to her ex-boyfriend Harry (Tim Robbins) to protect her from an unhinged admirer (John Turturro), only to be stymied by formerly tough Harry's new belief in pacifism. Tony Bill directed this winning mix of offbeat comedy and suspense.