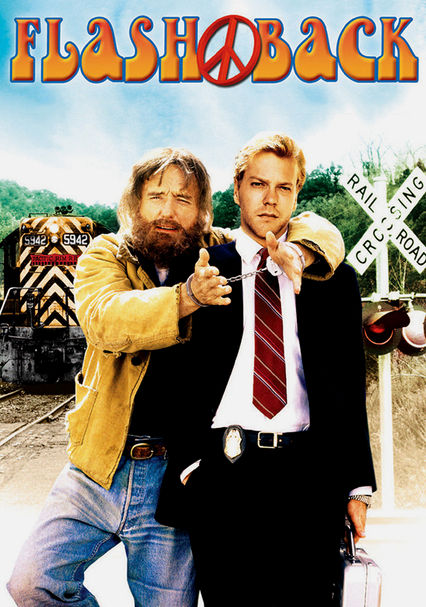 1990 R 1h 47m DVD
In this wry action-comedy, straitlaced FBI agent John Buckner (Kiefer Sutherland) is tasked with escorting infamous 1960s radical Huey Walker (Dennis Hopper) to stand trial but finds the aging hippie a bit cagier than he had ever imagined. Along the way, Walker gets Buckner pie-eyed and assumes his identity, which lands the G-man in jail instead. Carol Kane, Michael McKean and Richard Masur co-star.