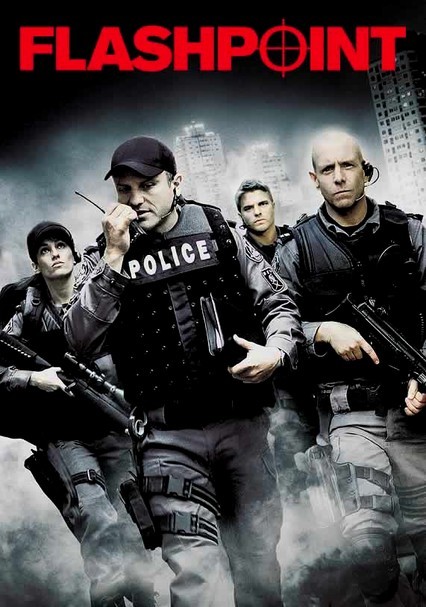 The Strategic Response Unit, a highly skilled team of police officers, takes on the toughest cases -- including rescuing hostages, defusing bombs and talking down suicidal citizens -- in this action-packed television drama.

The second season of this tense television drama -- inspired by Toronto's real-life Emergency Task Force -- finds the team welcoming a new member in the midst of a tense hostage situation involving a CEO and a mortgage scheme gone awry.

Inspired by the exploits of Toronto's Emergency Task Force, this pulse-pounding crime drama returns with more adventures as the highly trained officers of the Strategic Response Unit combat the most cunning criminals in the most explosive situations.

Jump into the fray with the Strategic Response Unit, whose members tackle everything from hostage negotiation and gang busting to suicide prevention and bomb control. This emotionally charged series is inspired by a real-life Toronto taskforce.

In the show's final season, the kidnapping of a doctor at gunpoint sets the team on a collision course with a desperate criminal, and the squad responds when a feud between biker gangs gives rise to a bomb blast in a suburban community.

Anything can happen in the final season of Flashpoint, and Team One of the Strategic Response Unit (SRU) is prepared for just that. This high-risk, one-of-a-kind drama follows the exploits of an elite SWAT team that specializes in resolving extreme situations.

Parents need to know that this Canadian police drama is composed of high-stakes exchanges between a team of elite cops and would-be murderers, bombers, and suicide victims. Violence is the biggest concern, as most of the scenarios turn bloody or otherwise threatening (gunfire, stabbings, beatings, etc.), and some characters die in the crossfire. Viewers who are familiar with series like Law & Order may find this show's pace a lot slower than those of its American counterparts, but the upside is that the writing draws attention to the emotional toll the events take on those involved, including the officers and their families.

No sex or nudity, but there are some romantic advances between the lone female officer and one of her comrades.

Guns, knives, tear gas, and other weapons are common players in the exchanges with criminals. Some characters die in the crossfire, and the scenes can be intense and bloody. Even when they're not shooting, the team spends a lot of time dressed in full military-style outfits, looking ready for any kind of action.

Given the show's intense subject matter, the members of the team are surprisingly clean-mouthed, but words like "damn," "ass," and "hell" do pop up occasionally.

The team is regularly thrust into very challenging situations, often involving armed criminals and hostages, and the stakes are literally life-or-death. The show takes pains to show the aftermath of a shooting, when the characters are very obviously distraught after killing a suspect -- even when the act is justified.

Some social drinking, but it's not integral to the content.