Fleetwood Mac: Tango in the Night 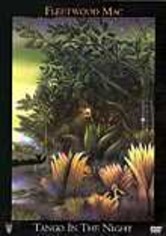 Fleetwood Mac: Tango in the Night

1987 NR 1h 0m DVD
Fleetwood Mac stands as one of the most successful rock acts of all time. The band's 1977 album "Rumours" won the Grammy for Album of the Year and sold more than 25 million copies. Tango in the Night, the video companion to their 1987 album, was filmed at San Francisco's Cow Palace. After several years of turmoil and delayed reunions, the album and tour marked a stellar return for the band.