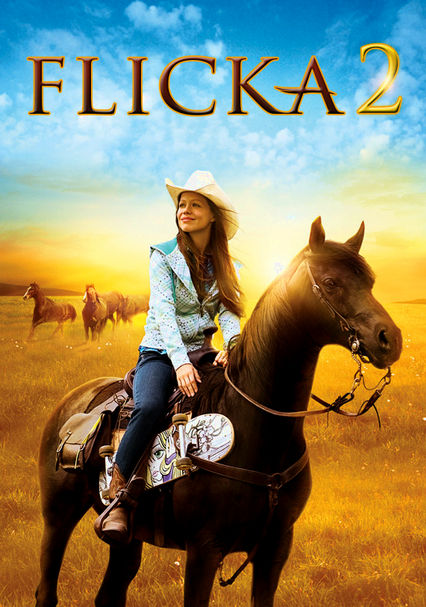 2010 PG 1h 30m DVD
Sent to stay at her father's ranch -- far from the big-city lights she's used to -- young skateboarder Carrie McLaughlin feels as if she's serving a prison sentence. But she soon finds unexpected friendship in an untamed horse named Flicka.

Parents need to know that this drama deals with issues of loss and abandonment. Carrie's mother has died, her grandmother has gone senile, and her relationship with her father has been absent until her teen years. Carrie takes risks while riding horses and skateboards behind a truck and car. Otherwise the messages are generally positive and Carrie's father, while a disciplinarian, is also patient and kind to her.

A kiss by the bonfire and teens holding hands.

Carrie hitches a ride on her skateboard behind a truck and a car. She also takes risks when riding horses. Carrie's grandmother seems to be suffering from dementia; mentions of the loss of Carrie's mother.

Carrie says: "this sucks!" a couple of times.

Consistent with the series, a major theme is the power of animals to transform us and help us cope with life's tougher struggles.

iPod is mentioned. Carrie yearns for a new cell phone when hers breaks.

Some of the cowboys appear to be drinking beers at dinner.