Florilegium: The Flowering of the Pacific 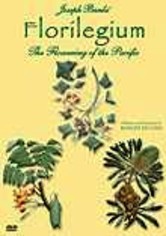 Florilegium: The Flowering of the Pacific

1984 NR 0h 59m DVD
This outstanding documentary follows the work of botanist Joseph Banks, who accompanied explorer Captain James Cook on his first trip around the globe. Banks, with botanist Carl Daniel Solander, collected more than 700 species of previously unknown plants. Artist Sydney Parkinson recorded many for posterity, but the complete set of engravings was not completed until 200 years later.