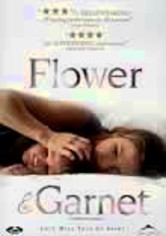 2002 NR 1h 43m DVD
In his feature-film debut, director Keith Behrman tells the poignant story of a family still struggling to heal after the loss of their long-dead mother. Even though his wife died nearly a decade ago, a father (Callum Keith Rennie) remains emotionally distant from his broken children Flower (Jane McGregor), who gets pregnant and moves out of the house, and Garnet (Colin Roberts), an oddball who finds it difficult to communicate.