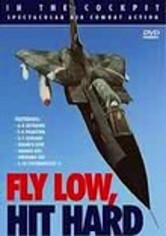 2006 NR 1h 0m DVD
Take to the skies with some of the most impressive warplanes ever built, courtesy of this high-action collection of airborne and aerial warfare footage. Along the way, you'll jump into the cockpit of internationally renowned attack aircraft such as the A-4 Skyhawk, the F-4 Phantom, the A-7 Corsair, the Israeli Kfir and the Anglo-French Jaguar-GR1.