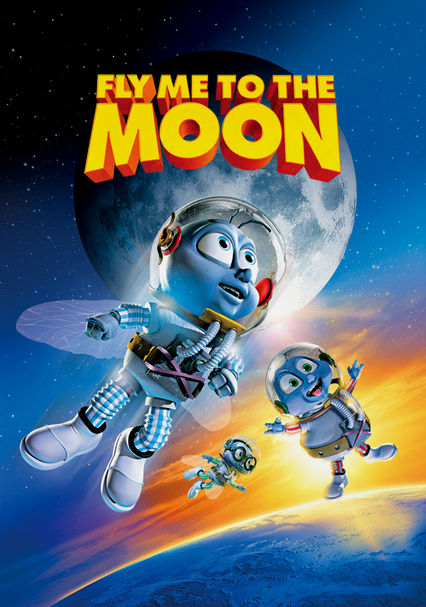 2008 G 1h 24m DVD
Three ordinary flies have the adventure of their lives when they stow away on Apollo 11 for its trip to the moon. As friends and family anxiously watch the lunar landing on television, the trio makes a crucial repair that could save the mission.

Parents need to know that this animated 3D film only has a couple of mildly perilous scenes -- when Russian flies (one with a menacing eye patch) attack American flies, and when flies are stuck in a sample jar. The language is restricted to mild insults like "stupid" and the oft-repeated "idiot," and there are a few scenes of flies flirting and hugging. Because the film is set in 1969, there are references to the Cold War, with the Russians set up as the clear nemeses of the American astronauts/flies. Young children might be confused about the entire Moscow-set section, since most kids don't understand the political atmosphere of the 1960s.

Russian flies fight American flies, but it's not very intense.

The three young flies use teamwork to save the space mission. Mrs. McFly learns that even though it's risky, following your dreams is important. Two young flies constantly implore their friend to go on a diet. The Russian flies are portrayed as stereotypical Cold War Communists.

Flies have to fly around the ashes of an ashtray.