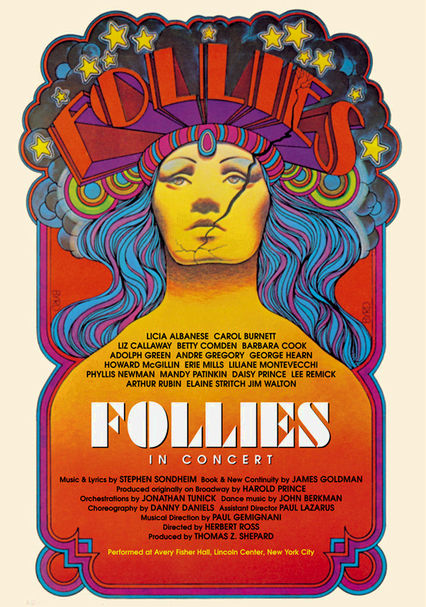 1985 NR 1h 30m DVD
Filmed live at Lincoln Center in 1985, this production of Stephen Sondheim's acclaimed musical stars Barbara Cook and Lee Remick as Sally and Phyllis, two former showgirls who return to a dilapidated theater for a cast reunion. Sally is married to Buddy (Mandy Patinkin) but still carries a torch for Phyllis's husband, Ben (George Hearn). Carol Burnett and Elaine Stritch round out an all-star cast.