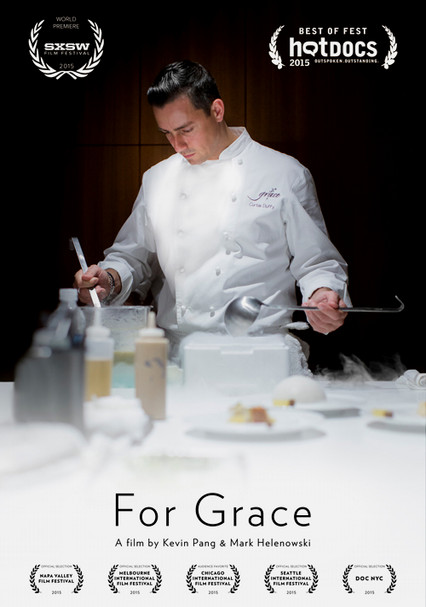 2015 NR 1h 31m DVD
Curtis Duffy, one of the country's most renowned chefs, is building his dream restaurant at the worst time of his personal life. Already the recipient of two coveted stars from the Michelin Guide, Duffy has ambitions for his Chicago restaurant Grace to become the best in the country. But his laser focus at his cooking career cost Duffy his marriage and two young daughters. For Grace is the revealing feature-length documentary by Chicago filmmakers Kevin Pang and Mark Helenowski. The film follows the building of Grace from concrete box to its opening night, showing as few films have before the exacting standards required in luxury dining.