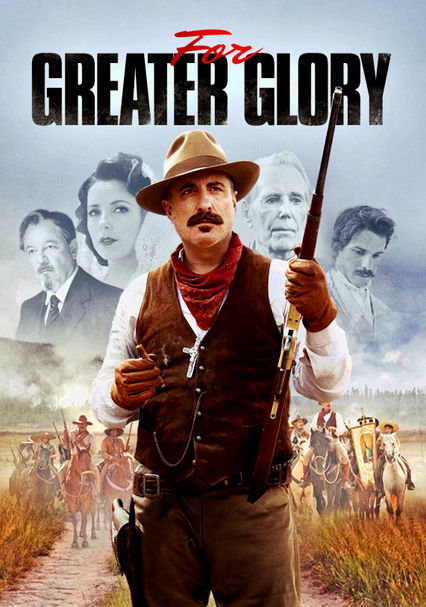 2012 R 2h 23m DVD
In Mexico in the late 1920s, President Calles institutes a vicious ban on Catholicism that results in many deaths and prompts retired general Gorostieta to join the motley militia groups fighting to preserve religious freedom throughout the country.

Parents need to know that For Greater Glory, which sheds light on one of the bloodiest moments in Mexican history, doesn't shy away from depicting war-related carnage: Children and the elderly are beaten and shot point blank; countless others are seen with nooses tied around their necks and then hung from ceilings and telegraph lines, with their corpses shown motionless for many scenes. And that's just the beginning. That said, aside from some drinking, there's not much else of note, content-wise -- there's no sex, hardly any swearing, and plenty of acts of heroism. Bottom line? It's an inspiring story, but one that's sometimes hard to stomach.

For Greater Glory has an inspiring, courageous message, but the war violence is relentless. Countless people -- including women, men, and children; old and young; and characters viewers will be attached to -- are stabbed, shot point blank, hung on telegraph poles (with the camera lingering on them as they swing from rafters), and tortured in scene after scene. It almost never lets up.

Very infrequent use of "hell."

The movie's core message is that you must stand up for what you believe in, as that's the only way to live in peace with yourself. Also, faith can see you through the toughest of personal and physical challenges.

Characters drink liquor at social occasions and while alone, pickling their worries in tequila and sorrow.