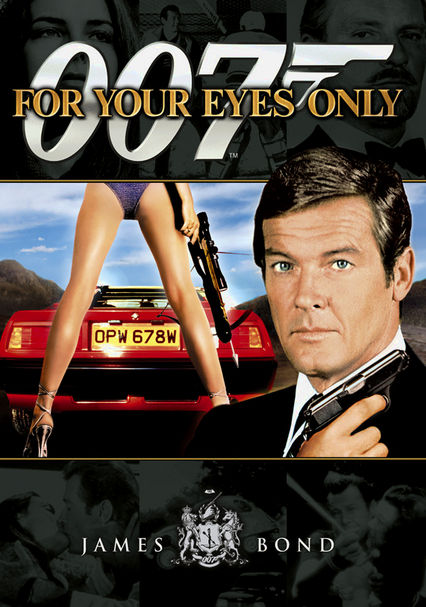 1981 PG 2h 7m DVD
This entry in the überpopular film franchise finds the indomitable James Bond tasked with recovering a top-secret device capable of directing ballistic missiles from nuclear submarines -- before the Soviets get their hands on it.

Parents need to know that beautiful and sexually available women continue to be part of the 007 furnishings here, just like the decorative nudes in the opening credit sequence. One of the women who attempts to seduce James Bond is a perky teenage figure skater, which is even too much for the secret agent. A phony countess does manage to get the spy into bed, but she's figuratively punished the next day, run over by an assassin in a dune buggy. Other deaths result from arrows, bombs, knives, and machine guns.

Nude women (mostly in shadow and seemingly underwater) are in the opening-credit montage, and an assortment of bikini girls are hanging around a villain's swimming pool. James Bond is a ladies' man as always, and goes to bed with a countess whose nightie barely stays on. A saucy teenage figure skater (who brags of not being a virgin) tries to seduce Bond, but he refuses her.

Much fighting, clubbing, and (in a hockey rink) body-checking. People are shot with machine guns, blown up with bombs, and pierced with arrows, the crossbow-toting heroine's specialty. Spooky dead bodies float in an underwater shipwreck.

The villain told to "go to hell."

Bond turns down an offer of easy sex with an underage girl, but she's about the only one. Otherwise, though, 007 is fearless, worldly, gambling, fond of fine cuisine, and as indestructible as ever. Melina, the leading lady, is revenge driven for most of the film, but is still strong and resourceful, as Bond girls go. A secondary heroine, a young American figure skater, functions as barely more than an alarmingly underaged sexpot. Germans seem particularly stereotyped as nasty and unsympathetic.