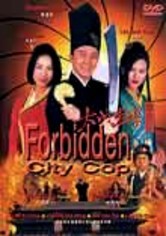 1996 NR 1h 31m DVD
Preferring to tinker with his futuristic inventions than train in kung fu, a member of the imperial royal guard has zero aptitude for martial arts. But when the emperor is kidnapped, in the end it's brains, not brawn, that will save the day.