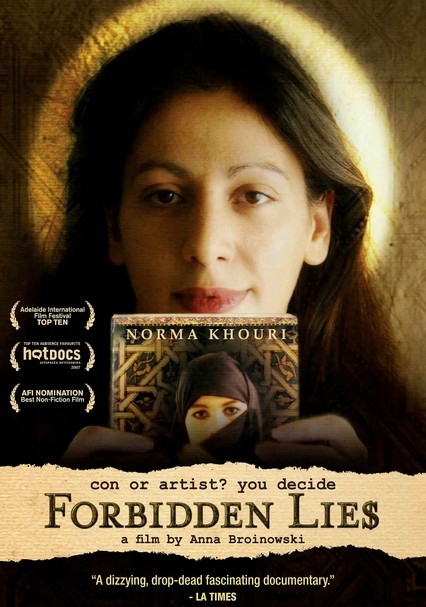 2007 NR 1h 44m DVD
Australian filmmaker Anna Broinowski takes viewers on a fascinating journey through Jordan, Australia and Chicago with discredited author Norma Khouri, who's determined to prove her innocence in this riveting documentary. Khouri's best-selling 2003 book Forbidden Love (published as Honor Lost in the United States) tells the story of her best friend's honor killing by her own father -- but was outed as a hoax a year after publication.