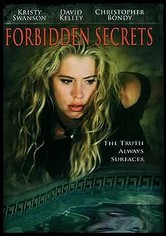 2005 NR 1h 28m DVD
While going through a difficult divorce, Alex Lambeth (Kristy Swanson) moves into her childhood home, where she's forced to reexamine the circumstances surrounding the "accidental" drowning of her aunt when Alex was a girl. As a series of bizarre and unsettling incidents prod Alex to investigate her past, she finds herself wandering deeper into danger. David Keeley and Christopher Bondy also star in this tense psychological thriller.