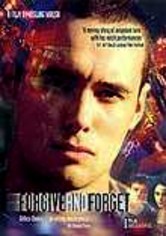 2000 NR 1h 30m DVD
After years of hiding his sexual orientation, David (Steve John Shepherd) is forced to confront his bottled-up attraction to his longtime friend and roommate, Theo (John Simm), when Theo announces his plans to move in with his girlfriend, Hannah (Laura Fraser). But David's attempts to express his feelings for Theo by pushing Hannah out of the picture have unexpected consequences for them both. Aisling Walsh directs this comedy-drama set in London.