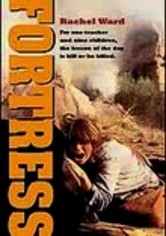 1986 NR 1h 30m DVD
Rachel Ward stars in this made-for-television drama chronicling the harrowing plight of a kidnapped teacher and the nine young children in her care. When Sally Jones (Ward) and her students are captured at their rural schoolhouse then forced to go to the Australian Outback, she tries to use her smarts to thwart the gunmen who are holding them hostage. Through her difficult ordeal, she learns the most important lesson of all: how to survive.