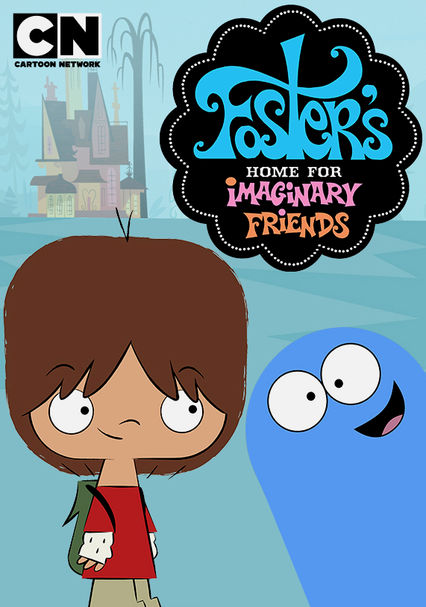 2004 NR 2 seasons
Finding that his mother doesn't believe in his best friend Bloo, 8-year old Mac takes his pal to Madame Foster's Home for Imaginary Friends, where they have adventures with egg-laying Coco and other outlandish animated creatures.

Told by his mom that he's too grown up to play with imaginary friends, 8-year-old Mac takes his best buddy, Bloo, to Madame Foster's Home for Imaginary Friends, where they have plenty of wacky adventures.

In Season 2, a bunch of quirky new residents move into Foster's Home for Imaginary Friends. As the action unfolds, Madame Foster is preparing to take on her archrival, Flo, in a no-holds-barred bowling tournament.

Parents need to know that young kids may not understand the difference between real and imaginary in this series. Potty humor and under-the-radar sexual references ("A bust this big needs ample support," in regards to a bust statue, for instance) crop up, and the main characters often yell and shout in frustration and are prone to breaking the rules.

Some very subtle innuendo (mostly in the form of verbal references)

Extreme anger and threats are common, but no physical fights.

The imaginary friends usually get along, but rebellious behavior is encouraged.