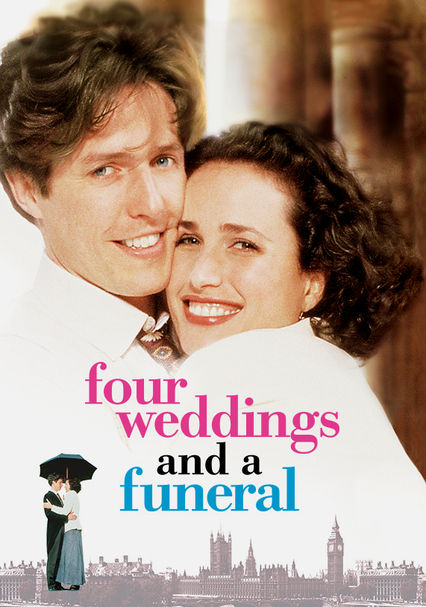 1994 R 1h 57m DVD
At various social gatherings, Charles (Hugh Grant), a commitment-phobic Brit, tries to reconnect with Carrie (Andie MacDowell), a beautiful, alluring American who's about to make a seemingly terrible mistake by marrying a wealthy, boring man (Corin Redgrave). Kristin Scott Thomas, John Hannah, James Fleet and Simon Callow co-star in this lighthearted comedy about love, friendship and fate. But, as the title suggests, there's a tragedy in the mix.

Parents need to know that this film revolves around the (dys)functional relationships of a man and his single, married, gay, and straight friends. It shows incidents of casual sex and somewhat graphically depicts and describes sexual relationships. Even though comedic, many women are negatively portrayed as emotionally unstable, dependent, and dying to marry. The film also includes a string of profanities as the hero ¿ Charles -- responds to his inability to attend events in a timely manner. His foul language seems funny and endearing, rather than problematic.

Repeated sexual banter, extended scene of someone trapped in a room while two people have loud and goofy sex, indiscriminate sex, and drunken lasciviousness.

No violence except an occasional slap on the face by a scorned woman.

Not much, but starts off with "f--k" early (and frequently, in that scene).

Although this film does show the pains of a man who cannot maintain a meaningful relationship, as well as a touching gay relationship, it also depicts many people who enter into sex lightly.

Much drinking at wedding receptions which leads to outlandish behavior and sexual escapades.