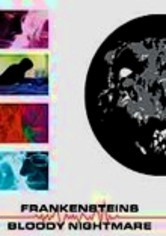 2006 NR 1h 17m DVD
When the potential love of his life dies, tortured young physician Victor Karlstein (writer-director John R. Hand) vows to do everything in his power to bring her back -- including becoming a murderer. After killing unsuspecting female victims and harvesting their "raw parts," Karlstein pieces them back together to create an all-new woman of his dreams. But upon reanimating the corpse, he discovers he's created a nightmare.