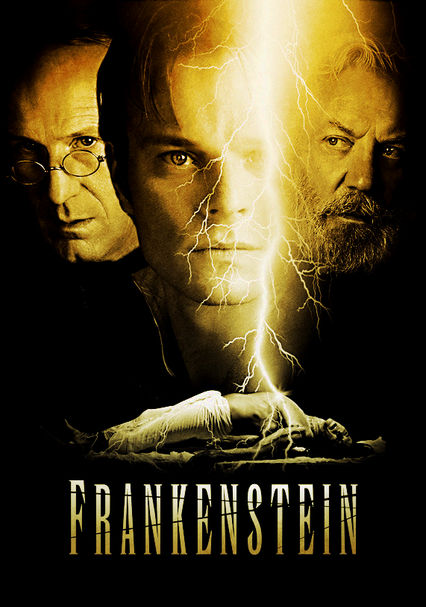 2004 NR 2h 54m DVD
This small-screen adaptation of Mary Shelley's classic novel stars Alec Newman as Victor Frankenstein, the scientist-gone-mad who creates the ultimate monster, fashioning a creature out of body parts harvested from corpses. When the world recoils from the doctor's creation because of its repulsive appearance, the creature turns on its maker. William Hurt plays the professor who warns Victor against going down a perilous path.