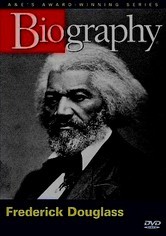 2005 NR 0h 50m DVD
At age 18, Frederick Douglass boarded a train to the north and escaped the brutal life of slavery he'd known since childhood. Once there, he joined the anti-slavery movement and began lecturing, later becoming one of the most influential abolitionists of his time, even advising Lincoln during the Civil War. This A&E biography presents the compelling life of a talented writer and orator who worked tirelessly to promote justice and freedom.