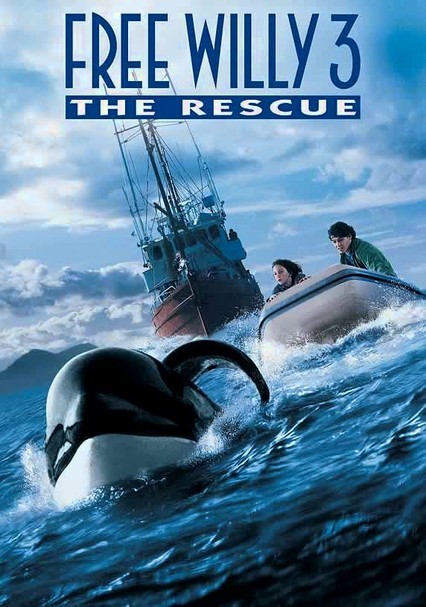 1997 PG 1h 25m DVD
Keiko, the Orca star of the Free Willy franchise, is back in this third adventure, which finds Willy happily acclimated to the ocean and having a child in the waters off the Pacific Northwest coast. But there's still danger out there, as Willy's human pal, Jesse (Jason James Richter), discovers when he encounters a local fishing boat illegally harvesting whales.

Parents need to know that this third film in the series has a slower, more deliberate pace (and a shorter running time) and a bedtime-story feel to this nature-loving sequel. That's good, since the audience for this sequel to the popular original aimed this film at 5- and 6-year-olds. Most older kids will find the eco-lessons labored andsimplistic. This film touts animal rights and vegetarianism. Some kids may want to become vegetarians after watching this film. On that note, a little boy faces down his fisherman/whaler father about the morality of Dad's occupation. Parents should decide how they want to present animal-rights issues to their children before acquiring this video.

Whale savior Jesse pointedly steals his employer's boat ... but it's for yet another heroic mission.

Drunkenness among the adults.