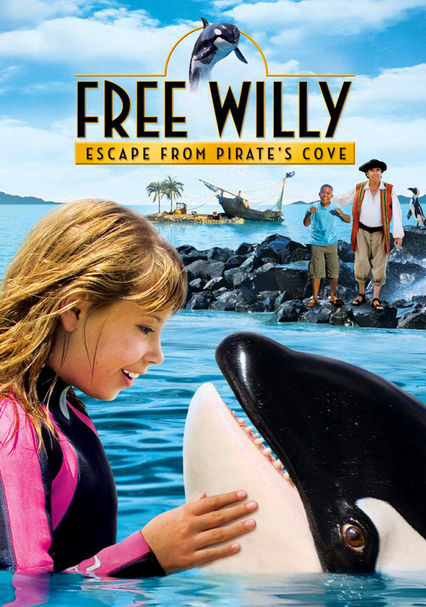 2010 PG 1h 37m Blu-ray / DVD
Orphaned Kirra lives with her grandfather Gus (Beau Bridges) at his Australian water park, where a baby orca whale washes ashore. Enchanted by the whale, Kirra champions him when the curmudgeonly Gus threatens to get rid of him. Aided by her friends, Kirra races to return Willy to a life of freedom in the open sea. Bindi Irwin, daughter of Steve "Crocodile Hunter" Irwin, makes her film debut as Kirra in this charming family film about wildlife preservation.

Parents need to know that this is no direct continuation of the Free Willy movies, but another orca tale with different characters and another animal who just happens to be named Willy. There is some mild fist-fighting among adults, a threat of whale poisoning, a father injured and in the hospital, a mention of the heroine's deceased mother, and some adult beer drinking.

Adult fistfight-scuffling with two marauders. A character is hurt in a fall.

"Gosh" and "sack of scum" is as severe as it gets.

The point is made (hammered home in previous Free Willy movies, so not much new here) about the moral problems of keeping a gigantic wild animal in captivity.

No explicit products, unless you count the whole Free Willy series that came before and South Africa being postcard-gorgeous. The DVD is heavily front-loaded with trailers and video-game ads, however.