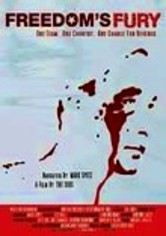 2006 NR 1h 30m DVD
In this Cannes Film Festival selection, filmmaker Colin K. Gray documents the infamous 1956 water polo match between Hungary and the Soviet Union, a contest later dubbed "the bloodiest game in Olympic history." Just two weeks before the start of the Olympic Games in Melbourne, Australia, the Soviet Union had effectively silenced a popular uprising in Budapest -- an action that only fueled the Hungarian players' passions come game time.